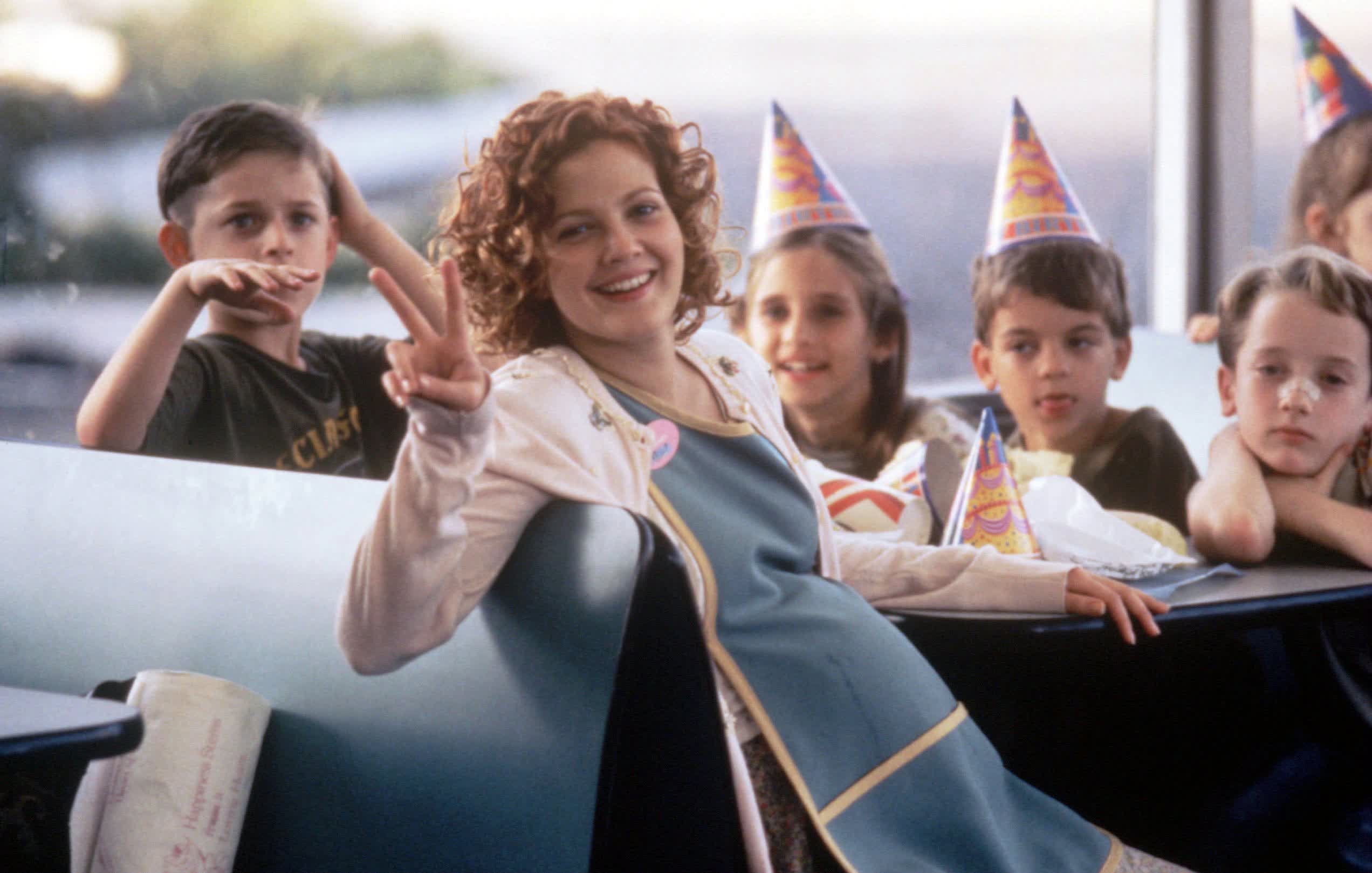 The copyright date shows that this sat on the shelf since last year, indicating the studio didn’t quite know what to do with it. Now that it’s on release, it’s no wonder Warner Brothers tried to sell it as a straightforward romantic comedy. After all, how do you explain the plot?
The actual storyline involves a pair of sibling National Guardsmen named Angus and Dorian (Jake Busey and Luke Wilson), who use a low-flying helicopter to put a fright into their unfaithful stepfather at their mother’s request. The stepdad winds up being frightened to death. There are no witnesses, and no reason to suspect foul play, but the pilots heard strange voices over their headsets. As it turns out, their radio conversation during the operation was picked up on the headset of Sally (Drew Barrymore), a pregnant order-taker at the local Burger Matic drive-thru window. It turns out that the girl doesn’t suspect anything either, but Angus convinces Dorian to take a job at the restaurant to figure out how much she knows.

Well, as it transpires, Sally is actually carrying the unborn child of Angus and Dorian’s cheating stepdad. Dorian falls in love with her, but Angus aims to wipe her out. Craziness ensues.

It’s not a bad movie, although it is a rather odd one. The performances shoot for low-key comedy and mostly hit the mark, although Barrymore has been more inspired elsewhere. And while the tentative romance between Sally and Dorian is sensitively and plausibly played, the rest of the movie is a big gallumphing mess. The best scenes involve pleasantly wacky events at the Burger Matic, which is at least a controllable environment, and one that may appeal to the small-town boys and girls inside all of us. That’s also where most of the laughs emerge. The rest of the film is alternately mild and frenetic — too shapeless to generate anything besides a kind of abiding amusement.

The film’s official web site reveals that Vince Gilligan’s screenplay won the Virginia Governor’s Screenwriting Award back in 1989. That’s a long time to sit on the shelf. Wonder if Gilligan’s new fame as an X-Files executive producer helped get this produced … ?