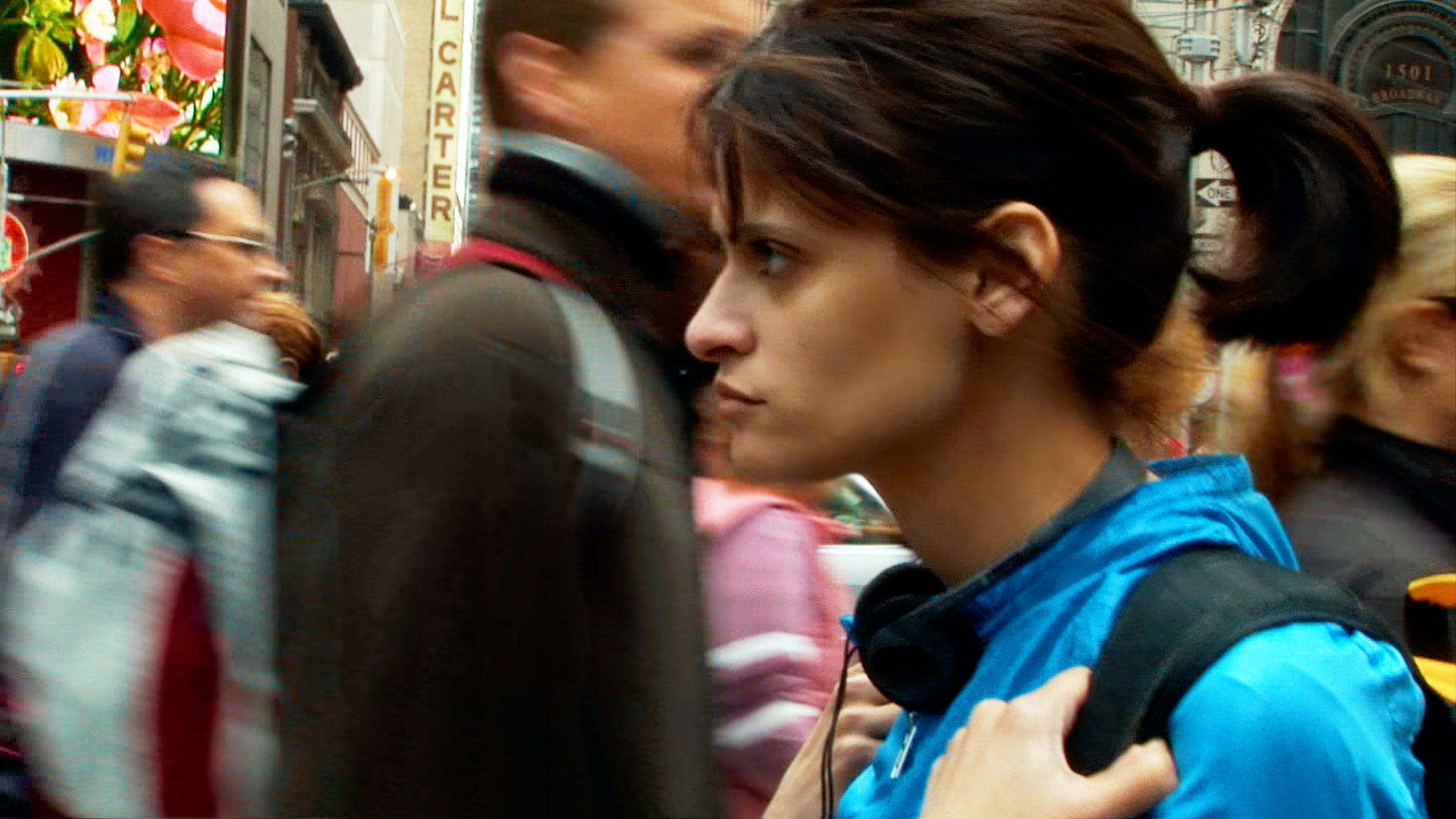 I think of Day Night Day Night in some ways as a companion film to United 93. One is about a real event, one is imagined. One uses handheld camera and fast edits to convey a sense of urgency and naturalism, one gets much the same effect through long takes and subjective camerawork. Both are utterly gripping studies of how people react in high-stress situations — one is about the victims of terrorism, the other about the perpetrators. The protagonist of Day Night Day Night is an unnamed young woman (Luisa Williams) who has chosen to leave her life and her family behind to carry a bomb into Times Square in a backpack and detonate it.

Writer/director Julia Loktev keeps all this material non-specific — the masked men who prep her for the job seem American; the guy who drives her into the city looks Korean; the folks who make the bomb look … Jewish, maybe? It doesn’t matter. Loktev forces audience identification with her as a frightened woman looking for redemption, not as a symbol of any specific political beef, by keeping the camera close to her face and body, and in certain moments showing us exactly what she sees. (Cinematographer Benoît Debie, who also shot Gaspar Noé’s Irreversible, knows a thing or two about the subjective camera.) It’s a slow-paced, methodical film, and also a very smart and instructive one that’s sympathetic to its sad bomber without forgiving her her intentions.