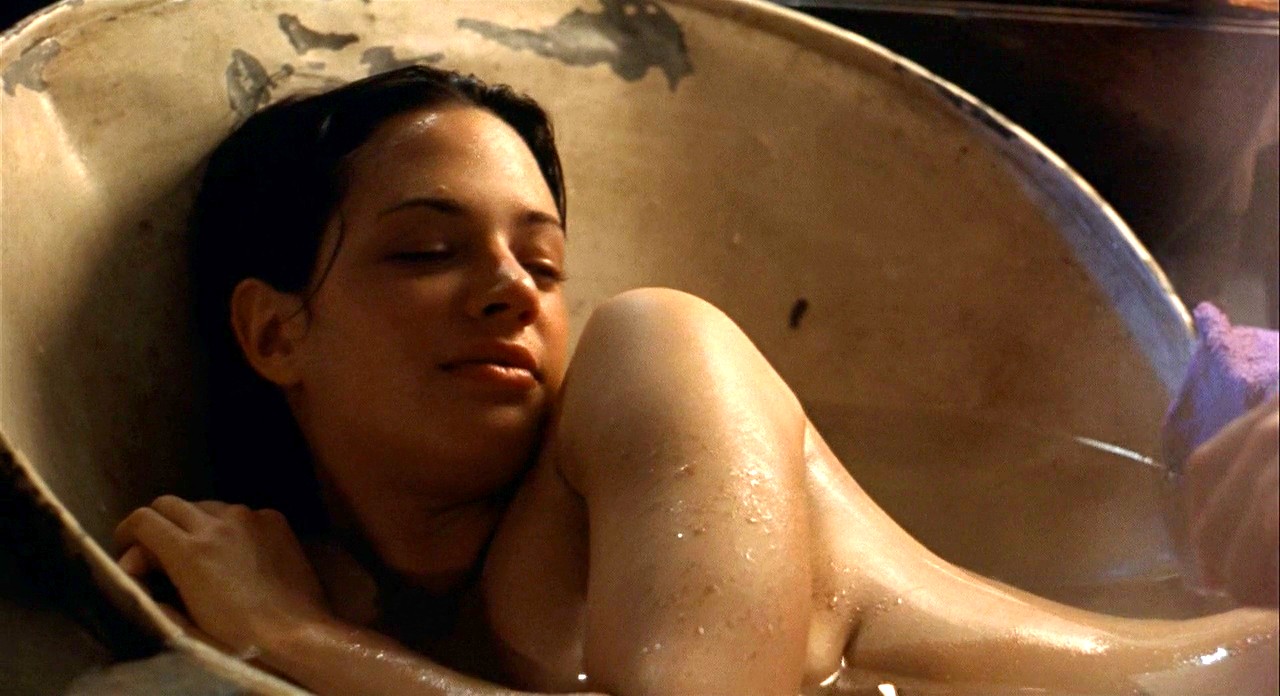 Miramax continues to clean out its vaults, sneaking this B-movie into theaters a couple of years after Il Postino director Michael Radford put it in the can. Mild-mannered schoolteacher Alan (Jared Harris) stumbles into an unlikely relationship with Italian bombshell Beatrice (Asia Argento), a street criminal known as B. Monkey who’s starting to think about settling down. Though she finds Alan charming and decides to build a life with him, her needy, unsavory friends threaten to pull her back in.If this sounds at all appealing to you, you’ll probably find the mere presence of Asia Argento worth a ticket. The only reason the film version works at all is her self-confidence and shameless carnality. Though Radford never quite manages to explain the attraction between the two characters, Argento plays Beatrice with just the right mix of hubris and insecurity to suggest that she could conceivably find a chap like Alan to be first an entertaining diversion and finally a savior. As Alan, Jared Harris is OK, but a little uneven. Rupert Everett, pro that he is, plays Beatrice’s friend Paul as a beautiful loser who’s in over his head and relies on Beatrice to keep him sane and alive. And Jonathan Rhys Meyers plays her one-time partner in crime, the real threat to Alan’s claim on Beatrice.

Miramax sent me a copy of Andrew Davies’ novel back in 1997, when the film was originally supposed to be released. I tore through it happily, and now find that Radford has diluted the book’s unpretentious charms by making all kinds of concessions to cheap romanticism. It’s no longer enough, for instance, that Alan be a schoolteacher — Radford makes him a sentimentalist who harbors a passion for classic jazz records (specifically, Django Reinhardt), which he spins on his night shift as DJ for a local hospital. (Is anybody that sentimental?) The movie also softens Beatrice’s hard edges; on paper, she’s a killer, and thus a more dangerous character.

Finally, the book’s climax, which read a little like Straw Dogs in that Alan is finally drawn into the seemingly endless cycle of violence through an attack on his home, has been turned into the kind of weird, three-way confrontation that is mistakenly thought to provide a sense of closure. It’s all very tasteful, from Ashley Rowe’s sensitive photography to the casting of the urbane Everett in what should have been an altogether more skeezy role — but tastefulness should be the last thing on B. Monkey‘s mind.