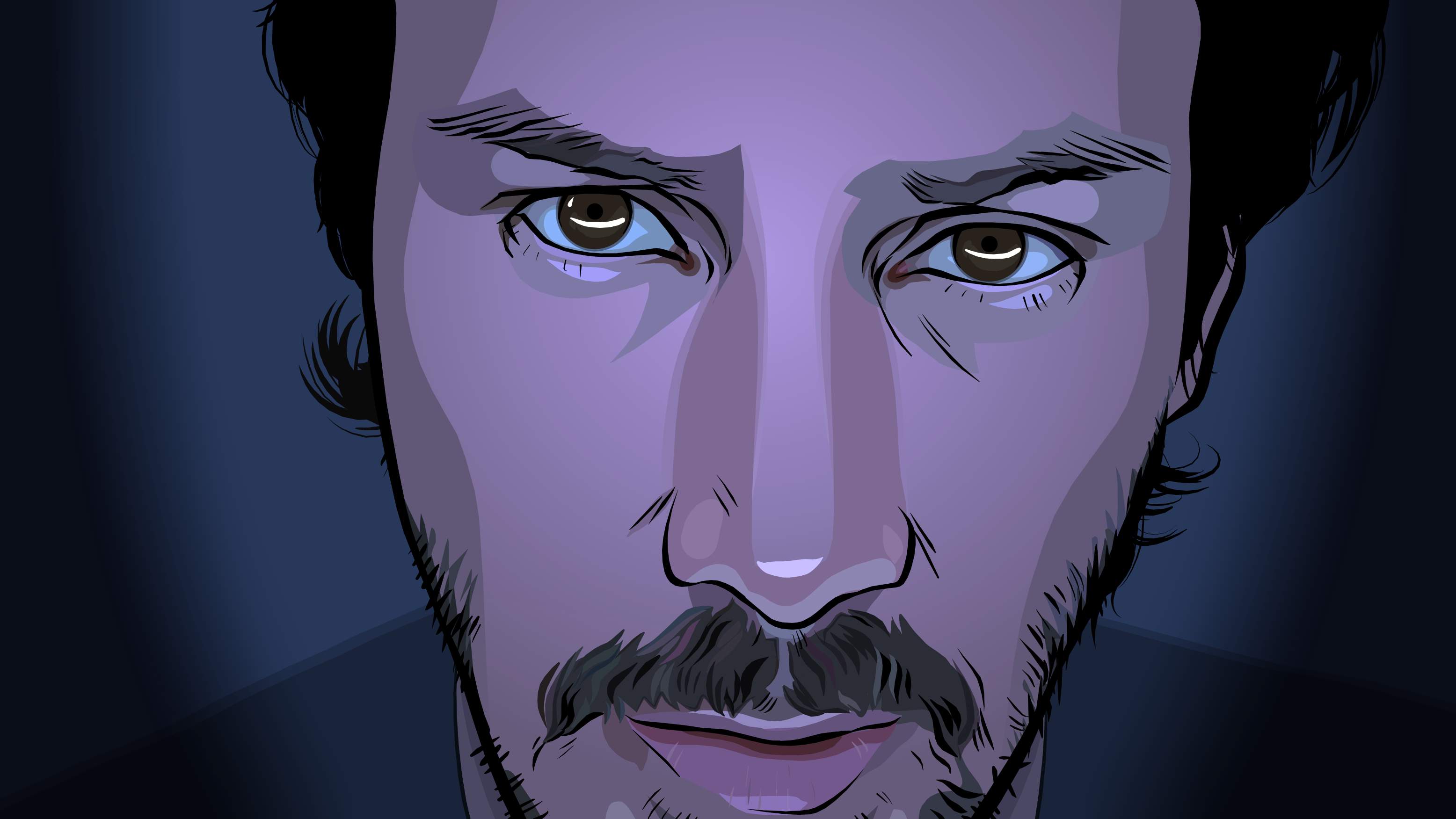 In the near-future science fiction world of A Scanner Darkly, narc agents are polymorphous detectives, wearing “scramble suits” that cycle, both visually and aurally, through scores of identity fragments to avoid detection by face-recognition systems. It’s a striking idea in literature, and in film even more so — especially in this film, which places a layer of abstraction between its cinematography and its audience, retracing the filmed images of easily recognizable actors as moody, moving line drawings. When the technique was used for the movie-length freshman-dorm-room conversation that was Waking Life, it felt precious and gimmicky. Applied to a more downbeat brand of existentialism, like this free-flowing, almost meditative version of Philip K. Dick’s classic novel about the tactics of drug police and the personal costs of addiction, it’s a kind of genius.

In the context of A Scanner Darkly, the only drug that seems to matter is something called Substance D that comes in easily digestible little red pills. One in five Americans is a user, and a company called New Path — think Big Rehab — has built an empire by helping addicts get clean. Among those in thrall to D’s charms are Bob Arctor, played by a typically deadpan Keanu Reeves, sharing a house with friends Jim Barris (Robert Downey Jr.) and Ernie Luckman (Woody Harrelson). Another friend is Donna Hawthorne (Winona Ryder), a pretty coke addict and SD dealer who seems to care for him but keeps him at very deliberate arms’ length.

Bob is actually one of the Orange County sheriff’s department’s many faceless narcotics agents, code-named Fred, anonymous even to his immediate superiors. (He slid into addiction, natch, in the context of his undercover assignment.) Thus he’s assigned to investigate his own circle of friends — and eventually to concentrate on his own role in the drug economy. Meanwhile, his own addiction has munged the relationship between the two halves of his brain, making it more difficult for him to reconcile one side of his life with the other, or to have any real sense of self.

It may sound like complicated, conceptual storytelling, but A Scanner Darkly has a sometimes-frustratingly laid-back narrative. If you’re allergic to expository dialogue, you’ll be sneezing and scratching a lot during this one. A surprising bulk of the material involves Arctor, Barris and Luckman — plus pal Freck (Rory Cochrane), who spends the opening credits sequence trying to scrub himself and his dog clean of some maddening aphids he imagines crawling all over their skin — just hanging out together, shooting the breeze like the drug-addled buddies they are. In his career to date, Linklater has specialized in this kind of casual bull session, and the real clarity of the material is in how these ordinary, somewhat exhausting scenes are fraught with evidence of paranoia and irrationality just below the surface. (Downey and Harrelson, of course, have a well-publicized relationship with drugs, and Linklater’s very lucky to have them aboard.) In one scene, they completely fail to understand the mechanics behind an 18-speed bike. In another, a mechanical failure on an L.A. highway becomes evidence of surveillance and shadowy malice. (And just because you’re paranoid, it doesn’t mean they’re not after you.)

The slipperiness of the animated image, with its moving pictures that strongly resemble comic-book drawings — notwithstanding the patches of color dancing across their faces that add topographic representations of texture and lighting — serves as another layer of metaphor in a story about living at a remove from the real world. (I found that if I squinted hard enough to obscure detail, the image on screen was indistinguishable from live action — another hidden layer.) It also has something to do with duplicity, with the idea that things you perceive are not necessarily the same as things that are real, and with the fact that both people and governments betray you. In a speech to a group of war-on-drugs-business types, Fred refers to the presence of U.S. troops in countries that are suspected suppliers of Substance D — a kind of psychological weapon of mass destruction — and he is both the beneficiary and victim of domestic surveillance efforts that have been expanded to monitor and intercept not just electronic communications but also late night conversations in the privacy of one’s home. As it turns out, the government itself, assuming it knows more than it lets on about the source of the little blue flowers that produce D, could be the most cynical player in the whole game.

As their investigation is ratcheted up, Bob’s bosses install a sort of holographic scanning system in his house that offers multiple viewing angles on the druggy proceedings but also allows the recreation of a three-dimensional image for closer viewing — Bob wonders in voiceover whether the scanner will see into the lives of his friends clearly or darkly, a reference to anyone’s tendency to see drug addiction as illness or menace, and specifically to the government’s tendency toward exacerbating the problem rather than alleviating the suffering. The film’s coda, following the big reveal of who’s been playing whom all along, is simultaneously pastoral and despairing — in this context, the closing dedication, an author’s note taken directly from Dick’s original novel, is absolutely shattering.